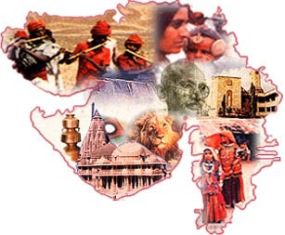 An Introduction of Gujarat :- Gujarat is a state of industries. In the production of
solar plates, it is on the first rank. Gujarat plays a vital role in the economy of India. Its GDP is more than other states of India. Total state label administrative offices are in Gandhinagar city because it is the capital of Gujarat, but the largest city of this state is Ahmedabad. Surat is known as an industry hub. The Mass of factories is situated in Surat. Gujarat is a developed state of India. The local language of this state is Gujarati it is also an official language.